Tinnitus. A special example of a failure mode for your plastic brain 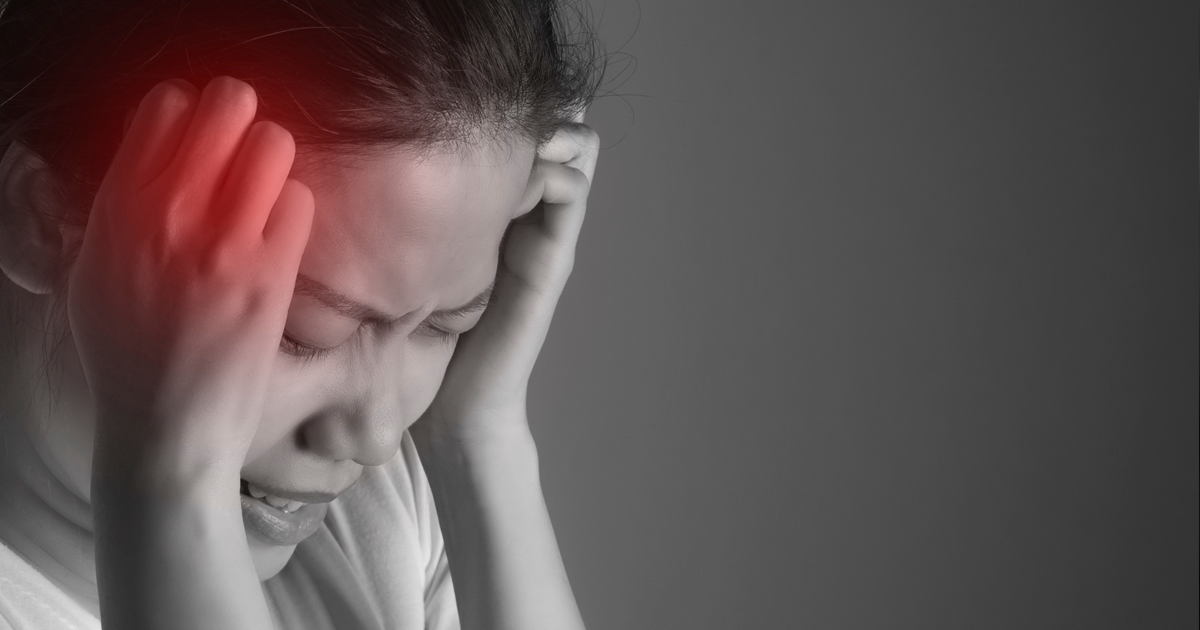 Millions of individuals (2% of humankind) are plagued by continuous sounds generated in their skulls, not coming from the real world. Because these ringing or roaring sounds are inescapable and because they strongly influence emotional-control processes in the brain, they can literally drive an individual who hears them incessantly just a little bit crazy. No one dies from tinnitus (although its sufferers have a substantially elevated suicide rate). But it represents one of a long list of brain plasticity-generated problems that can substantially degrade – and in the extreme, destroy – a sufferer’s quality of life.

I am writing this blog from a scientific meeting in Italy at which 20 top neuroscientists (about half of who some level of direct understanding of tinnitus; the other half are participating as ‘great thinkers’ from other related domains of neuroscience) have gathered together to discuss

a) the neurological origins of tinnitus,

b) as a basis for developing new strategies for more effectively treating it.

The benefactor supporting this meeting is a tinnitus sufferer who, like many others in his position, would gladly trade much of what he owns for a treatment that could just make the ringing go away. I thought that you might be interested in hearing a brief summary of how 20 top experts a) view tinnitus, and b) see possible new possibilities for more effective treatment.

A meeting consensus is that tinnitus represents another ‘failure mode’ of our self-organizing brain, attributable to its plasticity. We know that chronic tinnitus accompanies a hearing loss in which there is sharply bounded damage within the inner ear. However, once established, even the total destruction of inputs from the damaged ear (achieved, for example, by surgically severing the nerve from the ear to the brain) eliminates a tinnitus only about half the time. There are two ways to interpret this finding. For patients in which the tinnitus IS relieved by eliminating inputs from the inner ear, the persistent ringing is obviously dependent on ongoing, abnormal patterns of activity that the damaged ear is feeding to the brain. For patients in which it was NOT relieved, the tinnitus must have a second basis of origin –- or must have grown through plastic changes in the brain to the extent that it can now sustain itself, no longer requiring ear inputs to generate the continuous ringing or roaring noises.

Where does the persistent sound percept come from? Why DOES it persist? Why and how does it spring from (is initially dependent upon) an area of sharply-bounded damage in the inner ear? How can/does it plastically evolve in the brains of some individuals so that it can persist in the total absence of inputs from a damaged ear? How can the source of the continuous sound be weakened, or eliminated? These subjects were richly and provocatively discussed by these world experts. You may consider this to be a consensus report, biased somewhat to reflect my own conclusions.

WHERE DOES THE PERSISTENT SOUND PERCEPT COME FROM? It almost certainly comes from an enlarged sector in the auditory cortex in which neurons are responding in a super-coordinated way (expressing higher-than-normal cell assembly coupling) in the absence of sound. That coordinated activity effectively engages the hearing system in the brain — and is perceived as continuous sound. Scientists can actually record elevated activity coming from this enlarged cortical zone in the quiet, and have shown that the louder and more aggravating the tinnitus (in an individual sufferer, or in different sufferers), the stronger this distorted activity.

Why/how does an enlarged assembly of cortical neurons come to respond together, in a strongly coordinated way? We know that we can grow the power of representation of any sound stimulus, even in a normal, intact brain, by heavily training the brain to make distinctions about that sound. For example, we have trained an animal to make distinctions about the rate of stimulation of a particular, constant sound, or arising from a particular point on the skin of the hand. The representation of that sound or point of skin grew and grew and grew in the cortex. Why? Because in the natural plasticity processes of the brain, they were the competitive “winner”; all rewarded behaviors strengthened (grew) their representation. That competitive strengthening of synaptic connections applied BOTH for input from that sound or point on the skin, and for the inter-connections between the growing populations of cortical neurons that represented it over a larger and larger and larger (ultimately, hundreds of times greater-than-normal) cortical zones. Neurons in such strongly cross-coupled zones want to respond together in time. As the power of their cross-connections grow, neurons respond together, cooperatively, even when there is NO sound or stimulation of the skin. You FEEL this activity as a continuous tactile sensation, OR AS A TINNITUS. Because of its competitive power, once such a strong representational distortion is well-established, it is very difficult to break it down.

Why does the neuronal population grow and strengthen? With a sharp border of damage to the inner ear, neurons on the intact, healthy side are competitive ‘winners’. The weak input from the domain of hearing loss is overwhelmed by strong, sound-generated inputs from the relatively healthy neighboring zones in the cochlea. In fact, scientists led by Dr. Eric Young at Johns Hopkins conducted studies more than a decade ago that showed that the “auditory ganglion cells” delivering information to the brain via the “auditory nerve” also generate strongly cooperative responses near the edges of a sharply bounded hearing loss. This synchronized activity delivered into the hearing brain is by itself especially powerful, for competitively dominating the nearby zones that formerly represented the now damaged ear. In tinnitus, then, the more normal neurons representing the better/healthier, more-intact inner ear have two reasons to competitively grow and sustain themselves. First, they are far more vigorously engaged than are the inputs from the more-damaged inner ear regions. Second, the input from the healthy regions are given special competitive power because of mechanical changes in the ear accompanying sharply bounded damage. THEY respond cooperatively, and hence, still MORE powerfully (as if they NEEDED competitive advantages!).

This is one of a number of instances in which that Mother, Nature or the Creator of the Universe constructed us with in-built flaws that, every so often, rise up to plague us, and despoil many an otherwise happy day.

The result of these natural competitive processes, operating to adjust to sharply imbalanced inputs from a damaged inner ear? A large-scale distortion in how the brain represents sound, by which it greatly over-represents sounds that border the region of inner ear damage — a distortion so great that it induces large populations of neurons to respond together, cooperatively, continuously — thereby generating a continuous, audible sound that can drive a person nuts.

How can we suppress a tinnitus? Scientists have tried a number of solutions. One strategy has been to aggressively adapt hearing sensations in the frequency range of the tinnitus. This approach, still under intensive study, has been mildly successful. A second approach has been to mask the tinnitus with continuous noise, or to trained adaptive adjustments to noises in an attempt to teach the sufferer to control the loudness of the ongoing tinnitus. These crude noise stimulation/adaptation methods are probably the most widely applied therapeutic approaches, and are often helpful for the tinnitus sufferer. A third approach has been to magnetically (or directly electrically) stimulate the brain, either to directly suppress responses in the stimulus-generating cortical zone(s), or to excite plausible sources of cortico-cortical feedback that have been shown to suppress activity in these zones (for example, to suppress the hearing of your own voice as you talk). A fourth, novel approach described by Professor Christov Pantev at the meeting engaged the patient in about 1 hour/day of active music listening, during which time the music was filtered to exclude stimulation in the tinnitus-frequency range. The goal was to progressively competitively weaken the tinnitus frequencies, by competitively advantaging other more-distant sound frequencies. Moderate, but quite consistent and persistent tinnitus suppression was recorded in these patients. Sixth, other scientists (including my own research group) has attempted to train individuals to make sharper distinctions about sounds in these non-tinnitus-frequency ranges. This seems to help some but not all patients. Similarly, some patients that have been engaged in active listening with our “Brain Fitness Program” have recorded strong tinnitus suppression; others have received little or no benefit from such ‘competitive listening’ training. Seventh, we have been studying the potential use of a ‘reverse (negative) conditioning (training)’ method to try to directly weaken the neurological representation of the offending sound. We do not yet know if this very promising approach will be successful. Eighth, a former doctoral student from my laboratory, Michael Kilgard, has been able to create a model of tinnitus in an animal (rat), then shown that it can be broken down (strongly cross-coupled neurons that appear to be generating the tinnitus can be weakened) by a particular form of electrical stimulus-assisted plasticity. If their strategy (being pursued by a small startup company, MicroTransponder, Inc.) can be applied in humans, it may provide the most effective method up to this time for suppressing a tinnitus.

No certain or reliable cure for tinnitus is in hand. At the same time, PROGRESS IS BEING MADE, and several approaches that are now being pursued have considerable promise. Perhaps soon, it will all go away. Let us hope so.