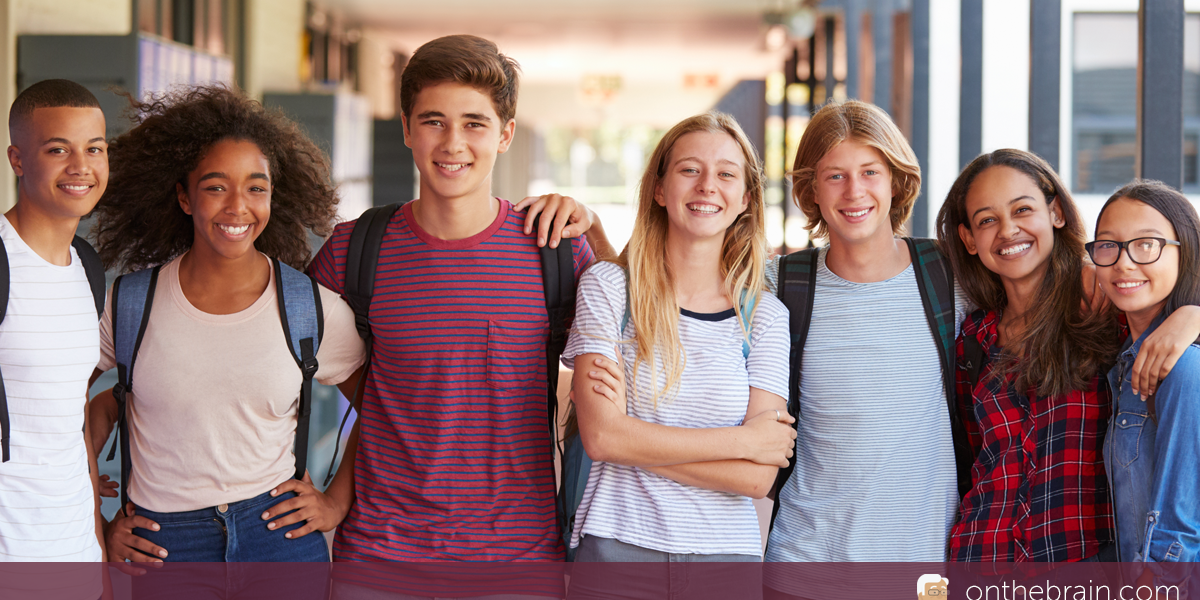 We haven’t spent much time at this site discussing the neurological parallels of human adolescence. Let’s begin by reflecting on some basic aspects of its neurology and sociology.

Think of life in the beaver lodge as the kids are growing up. They have it pretty good there, being taken care of by mom and dad. Life is stable and loving and predictable, and dinner is generally right on schedule. But as time passes, and Junior and Sis get bigger, sassier and just a little more interested in Sâ€¦.. Eâ€¦..X, things get to be pretty difficult up there in River City. There’s a limit to how many really grown-up beavers can live in the lodge, and that limit is two! There comes a day when mom and dad literally throw the kids out, not just out of the Lodge, but up the creek.

Life had been pretty predictable back home. Neurologically, plasticity processes involved slow and orderly learning progressions. Most of what occurred through the course of a day was safe, and predictable. When unpredictable things DID occur, they were largely encountered within the protected context of learning and play. Neurological control was the order of the day.

Now, almost everything for our young adolescent beavers is UNpredictable. Life out of the next is unstable, harsh and challenging, and dinner and safety are a constant worry. Order (a mate, and dam(n), a new lodge) must be established again, but that’s only going to be achieved after facing uncertainties and dangers and struggles. There are a lot of wolves and coyotes out there. These adolescents shall be lucky to pull it off.

In a “normal” family, adolescence in children is a transition time from one relatively stable environment (a protected childhood) to another (an established “adulthood”). Across this period, the basic operational mode of the frontal cortex is being established, and the nature of its progressive maturation shall have a major impact on the strategies adopted by the individual who makes this passage. A brilliant young scientist working in my laboratory, Linda Wilbrecht, has initiated a study of this epoch that involves the manipulation of the degree of “struggle” that a teenage brain has to face across this period. One goal of her study is to determine precisely how the fundamental bases of operational decision-making in the brain are altered by varying the safety, the reliability, the rewards, and the stresses under which a young individual — to a highly variable extent — brings her/his life back under control as a mature adult.

I was reminded of these issues when I read a scientific paper last week that seemed to show that estrogen administration in older female monkeys improved their cognitive abilities, while it had no impact on the behavioral abilities of young females. The message on estrogen therapy has certainly had its ups and downs for older post-menopausal women! First it’s bad for you, then good for you, then bad for you, and now, at least for a female (monkey) immediately after menopause, very good for you (but harmful again, just a few years later). Assuming that this is the final word, why does it have no benefit for cognitive abilities in the younger female?

What does this have to do with adolescence, you ask? Recent studies have shown that estrogen is actually up-regulated (increased) in young females as a function of the level of engagement of a maturing frontal cortex. Females have their menses earlier in cultures in which they have to join the world of work at a younger age. Young women in Western societies have been undergoing sexual maturation at progressively younger ages, hypothetically because they are more independent and are facing the many new decisions, challenges and stresses that accompanying that premature independence. As their brain matures, in the face of teenage and young-adult-life chaos, just to complicate matters a lot, estrogen rises to adult levels.

The culmination of this epoch of rapid frontal cortex maturation occurs over the period of time at which the child, like the beaver young, prepares to leave or does leave the safe harbor of childhood. It is no accident that this transition from the world of the stable and familiar to the instable and unfamiliar corresponds with the risk window for schizophrenia, an illness that arises from an ultimately-catastrophic breakdown in frontal cortex function. Ninety-five percent of cases of schizophrenia onset fall occur in children who are between the ages of 16 and 28, when the transition from a stable childhood to a stable adulthood is the major task at hand, for your plastic brain.

Interestingly, the opening of the risk window for schizophrenia onset in children, like that for menses, appears to be slowly dropping in our society. Younger teenagers appear to be more often affected. Could this be occurring because we are actively condoning/promoting their independence at progressively younger ages?

One of our primary research interests is to determine whether or not and how we might strengthen the brain through this pre-risk-of-onset period by intensively training the frontal cortex to assure a good and stable outcome for the child that is in special danger of collapse into schizophrenia. INITIAL RESULTS OF STUDIES ATTEMPTING TO ACHIEVE THAT “PROPHYLAXIS” ARE HIGHLY ENCOURAGING. I’ll be discussing them in detail in future blog entries.