Marsupials and Beavers and Gliders, Oh My! 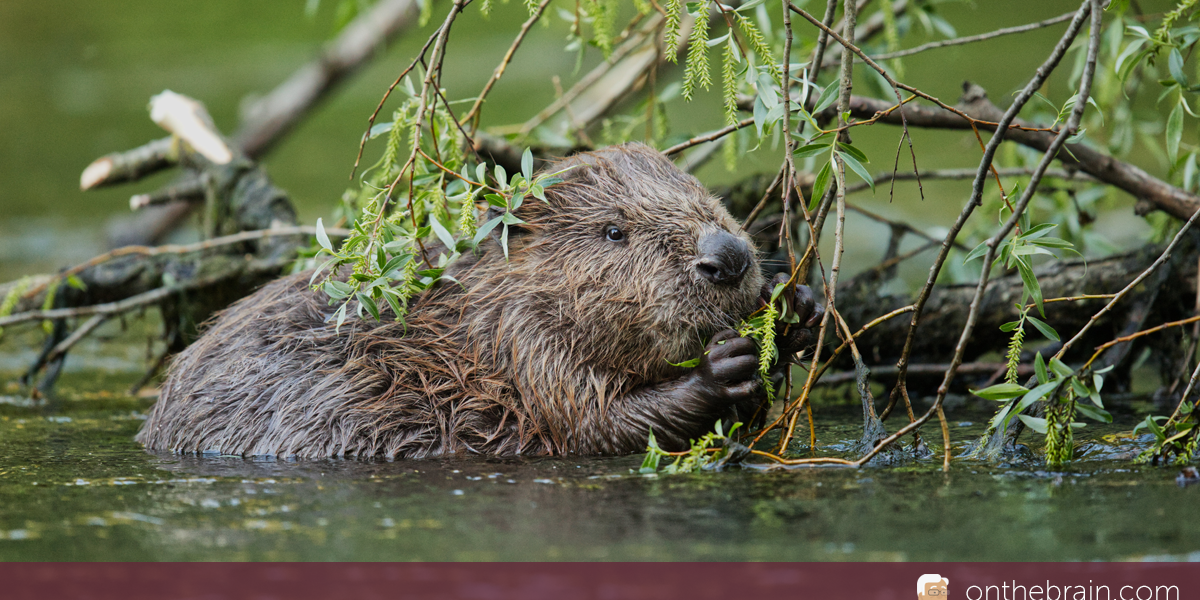 I’m in Evans Head, a beautiful small town on the north coast of New South Wales in Australia this morning, visiting an old friend Lindsay Aitkin, a retired research comrade. Professor Aitkin is still THE world’s authority on the hearing brains of marsupials â€“ among his many other considerable accomplishments. Up to this very moment, I’ll bet that you had not imagined that such an authority even existed. Shame on you! You probably didn’t know that the hearing brain of the spiny anteater, a primitive egg-laying, egg-sucking mammal if there ever was one, is remarkably complex and developed, at least superficially superior to that of most eutherian mammals (which is OUR tribe), or that the representation of the duck bill (which is actually an incredibly sophisticated organ that can detect small electrical currents from its prey, and thereby scoop â€˜em up in a muddy stream) in the brain of the duck-billed platypus is a bloody marvel! My friends, you have been missing out! Until you see the hearing organ and auditory brainstem of the sugar glider, and understand what advantages they obviously have over your pathetic average wallaby, YOU HAVE NOT LIVED!

Seriously, knowledge about such things HAS great value for its own sake. In the diversity of mammalian biology one can find innumerable lessons that contribute importantly to our understanding of many aspects of a species’ operational strategies, and to a broader understanding of the fundamental biology of (in this case) hearing.

You may or may not be interested to know that this kind of science is slowly dying out, in part because it has become increasingly difficult to obtain government support for it, and in part because fewer young people are interested in spending their life studying the world’s little wonders. What a shame that is.

When I was a young scientist, I discovered that the auditory brain of a particular primitive rodent, the “mountain beaver” (Aplodontia; a large burrowing animal that lives in the rain forests of the northwestern US and southwestern Canada, not related to the aquatic beaver) was highly specialized, and VERY unusual. I wrote to a Fish and Wildlife Service scientist, Dr. Victor Scheffer, who had studied these animals in the wild for many years, and he managed to trap several specimens for study. I quickly discovered that they had a bizarre hearing organ. Their ear canal was almost atretic, and led to an eardrum that seemed to be primarily engaged by pressures coming from a huge, open Eustachian tube (a channel running from the roof of the mouth back to the bony cavity behind the ear drum). These animals appeared to “hear through their mouths”! The ossicles (the little bones transmitting sound from the ear drum to the inner ear were also obviously specialized. When I studied their inner ear through microscopic dissection (and later, histologically) it was clear that the scala tympani (one of the spiral-form chambers that conveys sound energy to the sensory cells in the hearing organ) was partially blocked in one sector by a dense plug of fat cells.

Let me pause this narrative for a second. You might think that I’m talking about arcane stuff, and maybe I am. But can you just try to understand, for a moment, how exciting these little observations were to me? No one, in the history of science or the world, had seen these things before â€“ and curiosity has a way of getting its grip on THIS cat!

As I was sorting out these little oddities, I began discussing what they might mean with my Aussie friend Lindsay. What COULD this mean, for an animal who spent almost its entire life living in a deep, complex underground tunnel system? To try to understand what these obvious specializations could contribute to this creature’s behavior, we conducted an experiment in which we recorded responses from its auditory brain, while we stimulated it with sound. Its hearing brain did not initially appear to be very responsive. A breakthrough came when we noticed that every time we closed the door of the “sound room” that the animal was maintained in (to shield it from environmental sounds), its auditory neurons responded vigorously. Closing the sound room door obviously resulted in a sharp rise in air pressure. I quickly made an apparatus in which I could compress a small, calibrated volume of air (via a micro-syringe) in a large chamber that was coupled into the animal’s ear. THE ANIMAL’S BRAIN RESPONDED POWERFULLY TO SLOW CHANGES IN AIR PRESSURE.

Well damn. This was exciting. This fascinating mammal had evolved its ear beyond hearing so that it could detect the subsonic air pressure changes that would arise when any intruder or predator entered its burrow, or that were generated when it moved within its burrow. NOW we understood its great secret. Living a solitary life in a complex, multiple-passage burrow, this simple rodent, with the lowest known birth rate of any of the world’s rodents, seemingly dumb and easy prey that looked every-so-much like a plump, tasty meal, had learned a key trick for survival. It’s ear could detect â€“ and its brain could accurately record — minute changes in air pressure (e.g., equivalent to compressing the volume of a 10 foot x 10 foot x 10 foot room by 1 cubic centimeter, i.e., by a compression ratio of about fifteen million to one!) in a subsonic frequency-specific matter. It KNOWS when the spotted skunk or marten or weasel that would just love to eat it is in its burrow. It KNOWS exactly where it is in its utterly lightless home. And it obviously KNOWS how to stay out of harm’s way!

This blog has nothing whatever to do with our usual topics, but perhaps it tells you something about the operational perspective of a science nerd like myself. Frankly, I have never had more laboratory fun in science than I did working with my pals Lindsay and Lennie, trying to sort out just what made a mountain beaver tick. Coming up with an answer that will endure, as long as the world has mountain beavers and curious humans, is simply one helluva lot of fun.

If you know a young lass or lassie who has this kind of natural curiosity, you might direct them to a profession like ours. What a great privilege it is, in our modern societies, to be supported generously by our fellow citizens to pursue not just the great, but also some of these smaller issues of science that describe and help us understand ourselves, and our world.

Your support has been GREATLY appreciated!

P.S.: About 20 years ago, Lindsay wrote to tell me that he had found another mammal, in this case a marsupial, who had an auditory brain that looked almost identical to that of the underground mountain beaver. Who possessed this brain? One of the most beloved of Australian marsupials, celebrated through its image on their penny, the feather-tailed glider. This smallest of marsupials lives in the top-most branches in mature eucalyptus forests — almost as far from the mountain beaver’s habitat as one can imagine. I later spent several weeks in Melbourne trying to sort out (with the help of Lindsay and his Australian colleagues) just what its main trick was. We still do not completely understand what it is up to. Because it is a closely protected species, examination of its brain — or recording from it — is not possible. One guess is that it has specialized its hearing to make sensitive measurements of tree-top airflow, which is presumably critical for this tiny animal’s survival in its precarious, windy world — especially when it moves amongst those fluttering branches by leaping and gliding between them. Some smart young scientist will someday reveal its secrets to us. I suspect that we’ll love and admire this beautiful little animal all the more, when we understand just how it actually survives in the almost-impossible niche that it has found to thrive in! In the meantime, what a wonder that two creatures so far apart from one another in evolution — and in their environmental challenges — evolve to express the same, odd, genetically-controlled neurological specialization, to their presumed, great advantage!