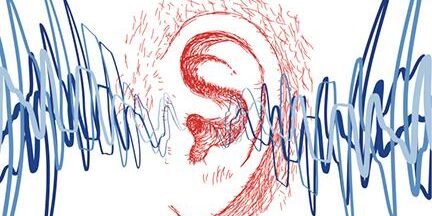 I had the great pleasure of visiting a wonderful research team studying the neurological origins and treatment of tinnitus at Washington University Medical School in St. Louis last week. About 30 million U.S. citizens have tinnitus. For about 4 million of them, the tinnitus is identified as “severe” – which means that it is continuously disturbing and intrusive, makes normal sleep very difficult or impossible, has extended cognitive impacts, and grossly degrades the sufferer’s quality of life.

Dr. Jay Piccirillo and Dr. Harold Burton have conducted very important studies in tinnitus patients in their Wash U laboratories. After documenting the tinnitus and the neurological differences between normal individuals and patients with more tolerable (“mild”) or intolerable (“severe”) tinnitus, they sent 20 patients to the ‘brain gym’ to be trained in more accurate listening using Posit Science’s Brain Fitness Program. 16 patients had the stick-to-it-ness to complete the program. 13 of those individuals (more than 80%) had substantial relief from their tinnitus.

I met with four of those patients in St. Louis on Friday. They all told the same story. Their tinnitus had been seriously degrading their quality of life. Two were “severe” suffers. Their tinnitus was continuously annoying and destructive, and with them all through their waking hours. They were perpetually tired and disconnected because they could only sleep when they reached a state of exhaustion and near-collapse. Both “severe” and “mild” sufferers said that tinnitus bouts were substantially less frequent after training. All said that they had more control over their tinnitus, and could now ‘put it out of their mind’ at will. All said that it had greatly helped them sleep. All said that it had resulted in very substantial improvements in their quality of life.

Dr. Piccirillo measured the amplitude of the ringing or clattering sounds that these patients heard, and explained that he did not believe that this the tinnitus loudness had been consistently altered by Brain Fitness Program training. What changes is 1) the frequency with which tinnitus rose to consciousness in ways that disrupt an individual’s effective operations at work or in their personal life and 2) the intrusive, disturbing power of the tinnitus. After training, it was far easier for these patients to willfully ignore their tinnitus when it did arise, putting it in its proper place as meaningless noise, not to be attended to.

It was very interesting to hear the two individuals who had ‘mild’ tinnitus describe what it meant to bring their tinnitus under control. I was struck, once again, by the cavalier way that a doctor can use of the word “mild” to describe something that I’m just damn glad that I do not have to endure. Just as for more severely affected individuals, these ‘mild tinnitus’ sufferers described major life-improvement consequences of completing Brain Fitness Program training.

Three of these four patients also vividly described improvements in listening and language abilities, in their attentional control, and in memory and other cognitive abilities resulting from Brain Fitness Program training. Those changes are important because Dr. Burton’s and Dr. Piccirillo’s studies of the brains of these patients document clear evidence of tinnitus-induced brain changes that translate into accelerated cognitive loss. Tinnitus very commonly affects we older folk. It is pretty clear that it is another burden that accelerates our progressive decline. It was wonderful to see that both anti-tinnitus benefits and cognitive recovery were both recorded after BFP training.

It was interesting to see that strong benefits appeared to have been retained in these individuals for at least many weeks after they had completed training. All still had a good level of ‘control’ of their tinnitus. We have to wait to see if further training will be important to keep it under control. Retraining every so often may be necessary. Only time will tell.

We are excited by these results at Posit because we believe that we can augment these effects — and likely still further reduce both the intrusiveness, and the magnitude of the ringing in the ears itself. We are now working hard to evaluate the effectiveness of these new-and-improved strategies. It is also exciting to have discovered such a wonderful team of scientists to work with, to help us in the search for a still better solution for dealing with this very common from of quality of life deterioration, distress – and often, torture.T

In the meantime, with this preliminary evidence of strong benefits, if tinnitus plagues YOUR life, you might think about initiating Brain Fitness Program training, because there would appear to be a good likelihood that it may be a source of real help for you.