The Story of “Hack My Brain,” Todd Sampson, BrainHQ, and Me 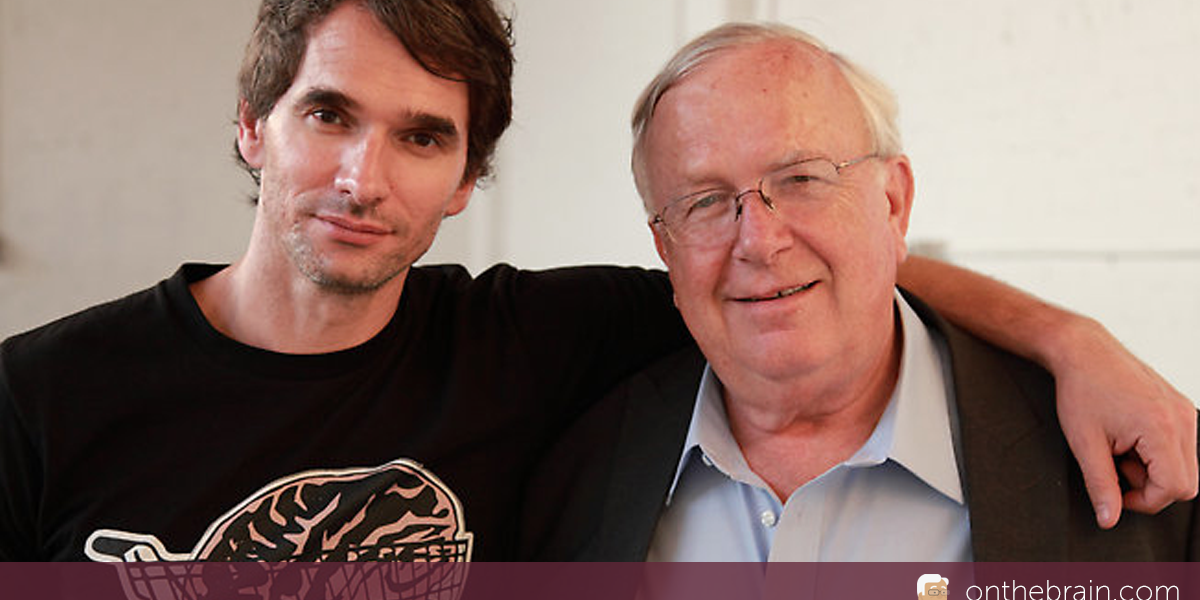 On September 19, 2014, at 8:00 p.m., the Science Channel will air a 3-part documentary called “Hack My Brain.” As the chief scientific consultant for the show, I helped the host, Todd Sampson, improve his memory, attention, and processing speed using BrainHQ. (If you want to try the same assessments and training Todd used, go to BrainHQ.com/HackMyBrain.) The show was originally made for an Australian audience, where it appeared as Redesign My Brain and received an AACTA Award for Best Documentary. Here’s the story behind the story from my perspective:

About two years ago, an Australian television producer (Paul Scott) contacted me and asked me what boiled down to a simple question. To paraphrase: “How much could you improve the neurological abilities of a normal individual over a 3-month-long brain-training period?” Little did I know that his ‘normal individual’ would turn out to be Todd Sampson, because there is very little ordinary about Todd! Todd is the President and CEO of the largest advertising company in Australia, a very popular reality-program Australian television personality, and one of the sharpest individuals on any block. Changing the brain of an exceptional individual like Todd, for the better, is a tall order.

Fortunately, Todd was willing to do whatever it took. I assured him (and Paul) that it should be easy to demonstrate neurological and behavioral transformation that would be meaningful to him with intense engagement (about an hour a day), as it would be for almost any individual. I outlined a series of strategies that could be deployed to advance the neurological powers of this exceptional young individual. BrainHQ training was at the core, but there were others—like taking up juggling, for instance. Paul Scott found other experts to help Todd grow in neurological and behavioral derring-do. As you’ll witness if you watch Hack My Brain, we saw spectacular outcomes for this wonderful one-man experiment. And as you watch it, I hope that you realize that YOU have a capacity for brain plasticity-based self-improvement, probably every bit as much as did my friend Todd Sampson.

One of the most rewarding aspects of helping this Australian TV production team create “Hack My Brain” was their scientific integrity. They enthusiastically agreed to an elaborate pre-training evaluation of Todd’s neurological and behaviorally abilities, assayed through more than three hours of brain imaging and recording to evaluate his neurological powers, and through a grueling half-day-long behavioral assessment battery. At the end of this thorough examination, we knew about as much about the general neurological abilities of Mr. Todd Sampson as is known about just about any citizen on Planet Earth! These brain imaging and neurobehavioral assessments were all repeated after Todd completed his three months of training. And as you’ll see, Todd’s brain powers and behavioral scores improved on almost every measure. On the one hand, you might conclude that that is a very remarkable consequence of his three months of targeted effort. You’d be right. But on the other hand, it was the expected outcome. If YOU spend 30 hours on BrainHQ and do some of the other things that Todd did away from the computer to strengthen himself, YOU can anticipate equivalent broad-ranging gains.

That’s really what “Hack My Brain” is all about. YOU – everyone – has a “hackable” brain. Isn’t it about time that you took better advantage of that fact? I hope you enjoy the show – check it out on the Science Channel and then take Todd’s BrainHQ Challenge to see how you match up.