You are here:
Brain ScienceFeaturedVideo games 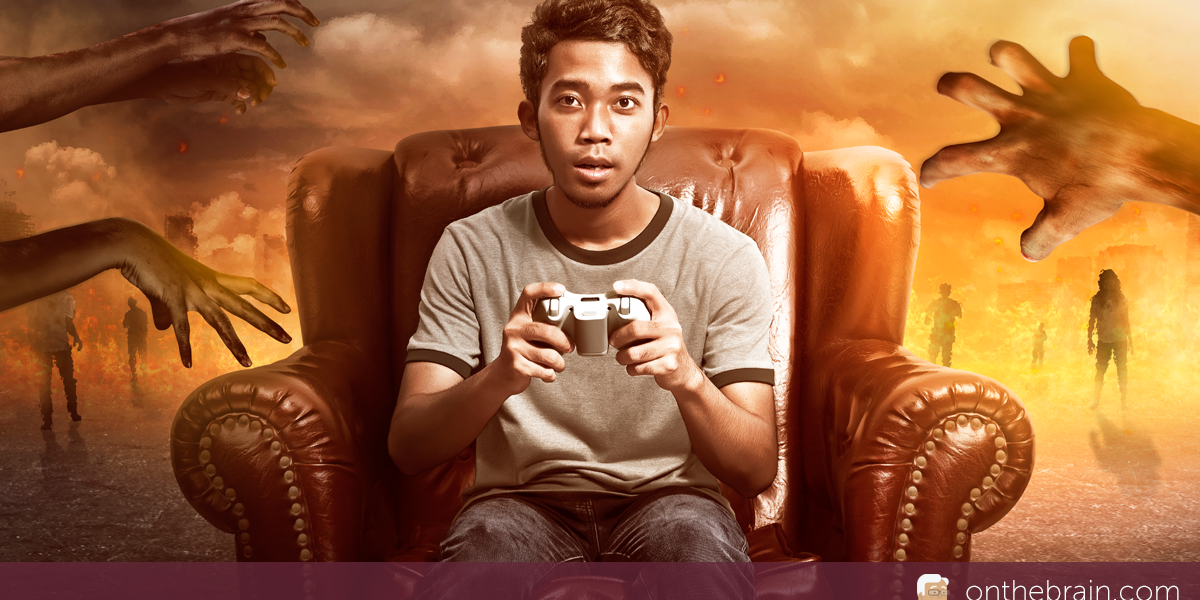 I just returned from a week spent talking with therapists and educational specialists in Seoul, South Korea.  As in visits to many places in the world, it is exciting to see the enthusiasm that therapists have for applying our brain training tools to help children and adults who struggle—even while they have not really been adapted to meet the special challenges that an arise for an individual operating in a language that is so different from ours.  They’ve seen it work, over and over again; more than 30,000 children have already been trained using Posit Science and Scientific Learning brain training software.

Still, in the nation of Korea, brain training tools cannot begin to impact a special national problem that is altering the brains of millions of Korean children, for the worse.  That problem is an addiction to computer gaming.  “Oh sure, you old fogey”, I can hear some of you say.  “How can playing computer games be a true addiction?”

The government of Korea estimates that about 680,000 children between the ages of 10 and 18 are “addicted” to videogames.  This is clearly a gross UNDERestimate.  The average Korean child in this age range spends more than 20 hours/week playing action videogames on a computer or phone.  In the US, 2 hours/day is argued to be the addiction threshold.  By that standard, more than half of Korean children can’t live within them.  Since this problem is even worse in male than in female children, the substantial majority of young Korean men live with this addiction.

Scientists have studied addiction gaming, showing that the neurological distortions are indistinguishable from those recorded in alcohol or drug addiction.  As with those forms of addiction, the ‘reward systems’ in the brain are differentially activated by those things that predict game playing, and game-play success, and as in other forms of addiction, the potential joys of everything else that would normally be rewarding are attenuated.  An addicted individual is slowly detached from the societal mainstream and from positive human attachment to their family and local community by this shift in what is rewarding for their brains—all in favor of the meaningless, artificial rewards delivered by their videogames.

“Wait a minute”, you’re trying to argue.  “Aren’t videogames GOOD for you?  Aren’t YOUR BrainHQ exercises a kind of videogame?”   To answer the last question first, “No.” They training programs that have very specific neurological-strengthening purposes.  It would be easy to design them so that they WOULD be more destructive, but only a neuroplasticity idiot would do that.  When scientists have argued that ‘active videogames’ benefit humans, they tell only one side of the story.  It’s true that their brain speed and accuracy can be advanced, in the right forms of exercise.  It’s also true that their social cognition, altruism, and positive human communication levels can be degraded—and that, with addiction, they can be expected to neglect all of those things (like family and school and friendships) that SHOULD be an important part of their lives.

Internet addiction appears to be a common disorder that merits inclusion in DSM-V. Conceptually, the diagnosis is a compulsive-impulsive spectrum disorder that involves online and/or offline computer usage (1 , 2) and consists of at least three subtypes: excessive gaming, sexual preoccupations, and e-mail/text messaging (3) . All of the variants share the following four components: 1) excessive use , often associated with a loss of sense of time or a neglect of basic drives, 2) withdrawal , including feelings of anger, tension, and/or depression when the computer is inaccessible, 3) tolerance , including the need for better computer equipment, more software, or more hours of use, and 4) negative repercussions , including arguments, lying, poor achievement, social isolation, and fatigue (3 , 4) .

Some of the most interesting research on Internet addiction has been published in South Korea. After a series of 10 cardiopulmonary-related deaths in Internet cafés (5) and a game-related murder(6) , South Korea considers Internet addiction one of its most serious public health issues (7) . Using data from 2006, the South Korean government estimates that approximately 210,000 South Korean children (2.1%; ages 6–19) are afflicted and require treatment (5) . About 80% of those needing treatment may need psychotropic medications, and perhaps 20% to 24% require hospitalization (7).

Since the average South Korean high school student spends about 23 hours each week gaming (8) , another 1.2 million are believed to be at risk for addiction and to require basic counseling. In particular, therapists worry about the increasing number of individuals dropping out from school or work to spend time on computers (5) . As of June 2007, South Korea has trained 1,043 counselors in the treatment of Internet addiction and enlisted over 190 hospitals and treatment centers (7) . Preventive measures are now being introduced into schools (9) .

Alvaro asked a tough question: How do you define SMART?
November 1, 2018

Brain stimulators are a hot item in sports training…do they help?
June 21, 2017

Are Crime and Incarceration Predictable and Preventable?
March 24, 2015