Insights from a Brain Training Study on Tinnitus 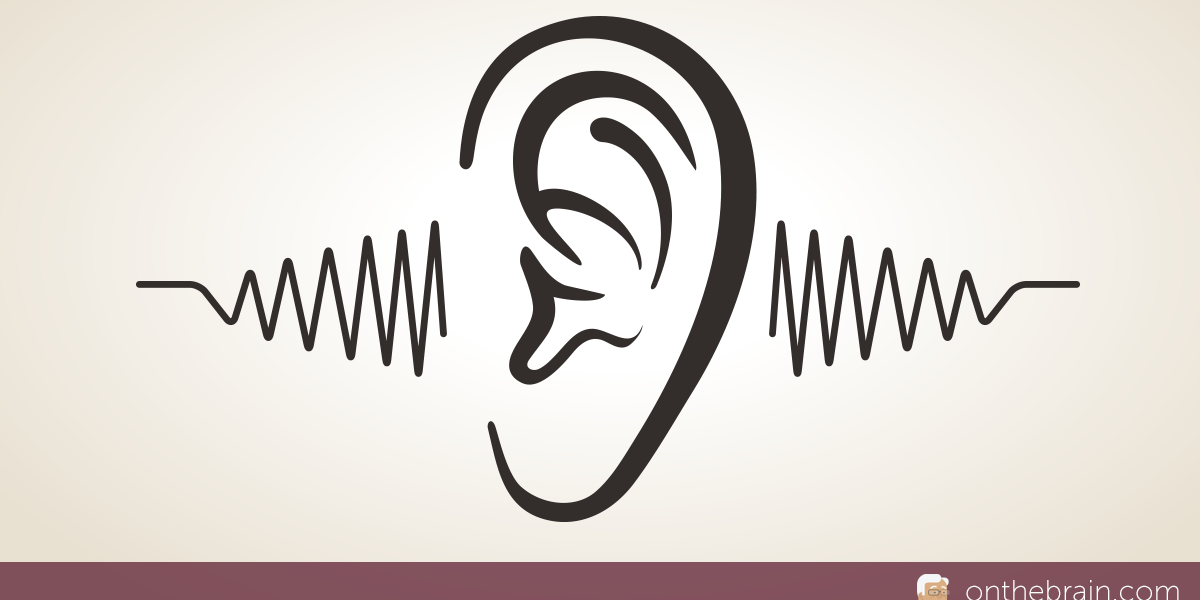 In the January 19th issue of JAMA-Otolaryngology-Head and Neck Surgery, a research team from Washington University (St. Louis) School of Medicine reported interesting outcomes from a brain training strategy that appeared to help a significant proportion of individuals living with severe tinnitus.1 The nature of these benefits—and other outcomes from this carefully conducted trial—are provocative food for thought for clinicians treating this often-devastating human plague, and for the millions of patients who have to live it.

Non-sufferers do not usually have much of an understanding of the extents to which the ongoing, inescapable noises of tinnitus can degrade and frustrate a human life.  Nor do they realize that more than 30 million of their fellow citizens are plagued by the continuous ‘ringing of their ears’. About 16 million fellow citizens have gone to the doctor to see if something can be done about the incessant roaring or ringing or chirping. About 6 million sufferers identify it as disabling; by objective clinical measures, about 2 million are severely impaired, i.e., cannot sustain employment, struggle to sleep, have great difficulty sustaining social human interactions and a normal life, have greatly increased risks of psychiatric sequelae, as well as greater risks for an early-than-otherwise-expected progression to dementia.

Tinnitus is often associated with brain changes that follow hearing loss.  With damage to their hearing attributed to exposure to ear-damaging sounds, it’s not unsurprising that tinnitus is the number one military service-related disability.  Importantly for our understanding of its neurological origin, tinnitus can also arises in individuals in which hearing is substantially or almost completely intact.

A visit to medical websites will commonly tell you that we (medical specialists; scientists) do not understand the origins of tinnitus.  This is untrue.  More than 20 years ago, scientists documented the changes in the representations of sounds in the brain that followed the induction of damage to the inner ear.  In the cochlea itself, there is a zone near the edge of damage where inputs from the ear to the brain are abnormally strongly coordinated.  For the plastic machinery of the brain, this strongly coordinated input source from the ear to the brain representing one (or potentially, multiple) specific, narrow frequency band(s) of sound, has special plastic re-organizational powers.  That’s because plasticity processes are coincident-input based: the stronger the coordination of inputs feeding any brain region, the more effectively and broadly they dominate the responses of neurons that they are fed to.  This natural plasticity-based advantage for specific highly-coordinated sound inputs arising from the neighborhood of ear damage is ultimately fed forward to the auditory cortex, where we now see those meaningless sounds represented over abnormally large (sometimes enormous) cortical areas.  As these areas grow, these very large assemblies of coupled neurons (brain cells) begin to oscillate, and through that reverberation engender continuous organized response activity in the forebrain, shown by my UCSF colleagues Steve Cheung, Sri Nargarajan and John Houde to be sine qua non with tinnitus sounding.

A former research fellow in my laboratory, Michael Kilgard (now a Professor at the University of Texas in Dallas) solved another mystery related to tinnitus genesis, by demonstrating that one can grow the territory of representation of any given sound by plausible natural means, without incurring damage the inner ears.  That requires that you engage the brain in ways that competitively establish specific sounds as important in behavior.  For example, we showed in historic studies that if you train an animal to identify a specific sound in a rewarded context, the brain territory that it shall dominate because its special importance shall grow and grow—ultimately (as Dr. Kilgard and colleagues showed) to the extent that it can generate an ongoing tinnitus.  From this broader perspective, tinnitus occurs in a brain that has a kind of ‘obsession’, for whatever reason, about specific sounds.  It results from a natural ‘failure mode’ of our self-organizing plastic brains, which gives special powers for the domination of specific, usually-meaningless sounds that grow to ultimately generate continuous brain responses that we hear as a tinnitus.

In the study reported from Wash U, intensive progressive listening training, using programs from BrainHQ,2 very strongly ameliorated the real life impacts of the tinnitus in about half of patient trainees.  >95% of patients said that the training helped them, and that they’d recommend its use for other patients. Importantly, this training did NOT achieve those benefits by significantly weakening the amplitude or even the prevalence of the tinnitus.  The primary recovery to a more-normal life appeared to stem from the recovered ability, for the individual, to control the tinnitus, at will.  They could turn it of, to sleep. They could shut it down and put it ‘out of mind’ when it was disruptive.  I’ve met several patients who had lived this transformation, and their description of the benefits of training for their personal lives convincingly conveyed the fact that it had very much changed their lives for the better, with personal accounts that could bring tears to the eye.

It seems rather paradoxical to see a patient answer one question [Is your tinnitus worse, or better than before you were trained?] “No”….then answer the same question in another form [Has this training improved your living with your tinnitus?] “Absolutely, yes”.   But that is exactly the outcome reported in this study.

There is another important outcome that is almost equally provocative.  Using these same listening-training programs in normal subject populations of these same ages, almost all individuals record substantial improvements in aural speech-related memory and other cognitive abilities.  We have recorded those positive outcomes resulting from essentially the same BrainHQ listening training program suite in controlled trials in many hundreds of subjects.  To our great surprise, these severe, chronic tinnitus sufferers did not significantly advance their cognitive abilities.  Why?

My hypothesis is that benefits for tinnitus control from training result from a recovery of the ability in these individuals’ to dismiss their tinnitus as a meaningless ‘distractor’.   We know that ongoing distractors grossly degrade progressive learning, especially in older brains.  The growth of ‘distractor (tinnitus) suppression’ is the hypothetical key not just for living a more normal life WITH your tinnitus—but also, for recovering your ‘learning abilities’ to a level at which you can sustain higher perceptual and cognitive functionality—and thereby potentially offset the additional risks borne by the tinnitus sufferer for an earlier-than-deserved progression to severe cognitive loss (dementia).

We’re excited about extending these studies with Professor Picirillo and his outstanding Washington University team, because we believe there are still-stronger ways to potentially improve the attention control processes to help individuals with this completely unfair malady to still more reliably and effectively control their tinnitus, and improve their cognitive powers and brain health.