At the Cusp of Solving Cognitive Aging? 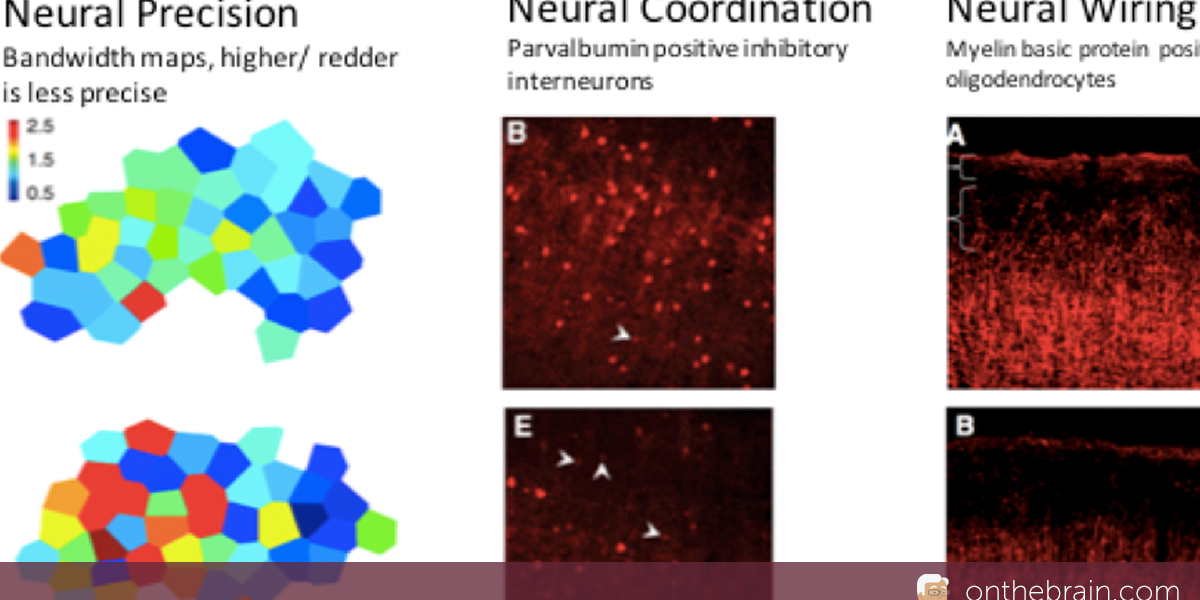 It’s Brain Awareness Week, and we’ll be hearing about breakthroughs in basic science that could lead to big advances in how we live. Yet, most of the discoveries will require decades of further work, before they help people. But, what if we had a time machine and could travel ahead to see which of these discoveries actually becomes important in our lives?

Well, we don’t have a time machine, but the two of us do have decades of experience in turning basic science discoveries into products that change lives.  We want to tell you about that journey — from what we discovered in basic research decades ago to how it now impacts the lives of millions.

Our story began with a basic science inquiry: Can brain training improve cognitive skills in a manner that impacts real world function and changes the trajectory of aging?

I (Karlene Ball) was one of the organizers of an NIH-funded randomized controlled trial, called the ACTIVE Study. ACTIVE looked at three different theories about what is most important for successful cognitive aging — memory (which is the most often-cited concern about cognitive aging), reasoning (which helps us continue to function independently as we age) or speed of processing (which is fundamental to receiving and acting on information and which slows with each passing decade).

We enrolled about 3,000 older (aged 65+) people, and divided them into a control group and three training groups: (1) memory training – a classroom program about strategies to remember things, (2) reasoning training – a classroom program about strategies to solve problems, and (3) speed training – a computer-based program to make visual processing faster and more accurate. People in each group trained for 10 hours in the first month, and, to measure dosing, we asked about half of them to train an additional 4 hours at the end of both the first and third year.

ACTIVE tracked people for 10 years, as the average participant aged from 74 to 84. We learned an enormous amount about the impact of these different training approaches, not only on cognition, but on real world activities.

Each training program improved its target cognitive function – for example, people who used speed training showed improved cognitive speed of processing – and the significance of those gains persisted over the 10-year period. We expected that people might improve in the domain in which they trained, but who would have expected faster cognitive processing speed 10 years later?

The big question was do those gains transfer to real-world activities.

And, the answer is: they do.

ACTIVE showed that a relatively small amount of training helped people maintain the skills required for living independently.  At the end of 10 years, we could see the people who trained (at the beginning of the decade) had about three years more protection against decline in those abilities than the untrained group.

As we looked at the differences among the types of training, one approach in particular – speed training – consistently showed transfer to real world activities, including:

You’d think that with gold-standard clinical trial results like these, everyone would know that specific types of brain training have been shown to work. But not everyone has read all these papers, and a few bad actors in the field of brain games have muddied the water for people doing serious science.

Maybe it would help if people understood what actually changes in the brain that explains these dramatic effects.  So, let’s look at more science!

I (Mike Merzenich) have spent decades studying brain plasticity – the brain’s ability to change (at any age), chemically, structurally and functionally.

This part of the story begins, as neuroscience stories often do, with the brains of rats.

I asked the researchers in my lab a basic science question: What changes in the brain as it gets older?

We made a list of about 20 things we thought might change. We figured we’d be lucky to show a handful that did change – science is always harder than you think! My colleague Etienne de Villars Sidani ran these experiments – and found something amazing: every single thing we measured in the aging brain changed (and none for the better). 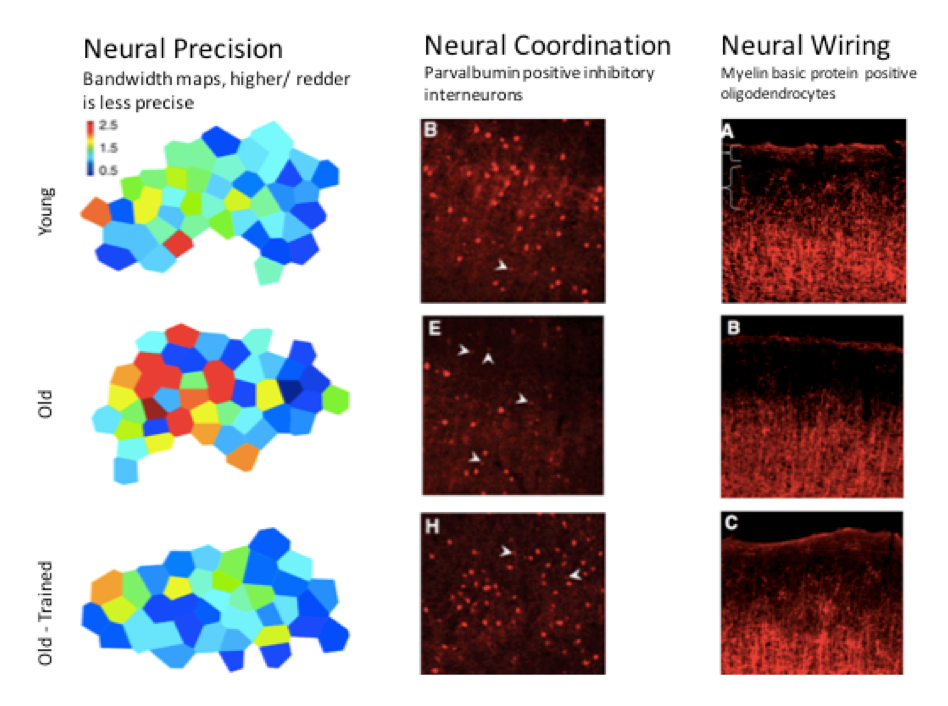 The top row of the picture shows results from young rats. The second row shows results from old rats. We look at examples of neural precision, coordination, and communication. The first column shows the precision of processing auditory information. The young rat brain is pretty precise, but in an old rat, more regions are imprecise and noisy. The second column shows a specific type of nerve cell (represented by red dots) that helps coordinate global brain function. There’s lots in the young rat, and about half as many in the old rat. The third column shows myelin – the insulation that wraps the wires that nerve cells use to communicate with each other. The old rat has about half the myelin of the young rat.

We decided to do something to help these old rats, so we built a brain-training program designed to make a rat’s brain faster and more accurate. The rat listened to a series of frequencies, and every time the rat heard the target frequency, the rat could get a food reward. As the rat got better and better at noticing the target sound amidst distractor sounds, we made the sounds faster, and less different – to improve auditory precision and speed.

It turns out that this kind of brain training – continuously and progressively challenging the speed and accuracy of brain processing – improves every aspect of brain health we could measure. In the third row, you see the results in an old rat that has gone through training. Brain precision is improved, the number of nerve cells that coordinate global brain function is increased, and the levels of neural insulation are strengthened. Its brain looks like the brain of a young rat.

But why help just rats?

We took this research in rats and turned it into computerized brain training for humans.  We started with auditory exercises. When we turned to building visual exercises, we studied Dr. Ball’s research on visual speed and attention. At our first meeting, I knew I’d found a kindred spirit, and that, with assistance (from what has become hundreds) of other scientists, we could build, test, refine and validate a training program to improve all the major systems of the brain.

From ACTIVE and other studies, we now know this plasticity-based training approach can drive gains in standard measures of cognition (eg, speed, attention, memory, executive function) and that the effects transfer to standard measures of quality of life (eg, mood, confidence, self-rated health) and to real world activities (eg, balance, gait, driving).

Does it slow the onset or reduce the risk of dementia?  What’s your guess?  The studies on that are beginning to publish…So, stay tuned.