Brain stimulators are a hot item in sports training…do they help? 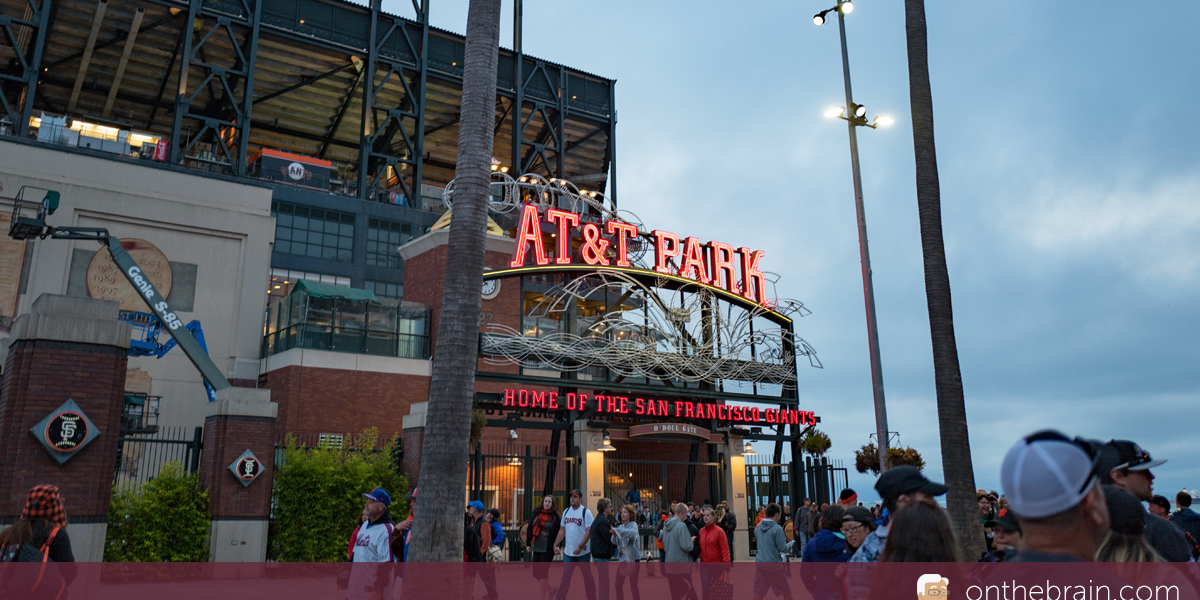 The San Francisco Giants just happen to be the baseball team that I usually root for.  Unfortunately, they’re having a terrible year, and after a 7-game losing streak (and counting) are currently deep in the cellar in the National League West.   “There’s always next year” is the baseball fan’s old lament.  But alas, the Giants have 6 minor league affiliates, and all of those teams are ALSO in their respective cellars.  Just a year ago, the Giants made the playoffs, and their minor teams were at least hanging in there.

This year, for this old baseball fan, now and into the future, all is darkness.

In Spring Training earlier this year, the Giants announced that they were using a new brain stimulation strategy as a part of their player-training regime after being convinced by a brief trial that it seemed to differentially improve the performance of trained minor leaguers.  After recording faster running speeds and movement initiation times in 9 individuals who had used the “Halo Sports” brain stimulator (vs 9 non-stimulated ‘controls’), the Giants provided these head-worn devices to minor and major leaguers on all of their teams and affiliates.

Could the use of these devices have anything to do with their slide into baseball oblivion?

On the one hand, the answer might be ‘yes’.  Brain stimulation in this form has been argued to broadly increase the state of depolarization (read ‘excitability’) of neurons in the brain.  If that were to actually be achieved by the use of a Halo Sports stimulator, then this ‘priming’ stimulation would broadly increase electrical excitability for neuronal spike discharge initiation, which would result in a broad increase in uncontrolled background ‘chatter’ in brain responding.  We know from a long series of studies in animal models that such an increase in the noisiness of brain processes contributes to a rapid negative change in the basic performance characteristics of the cerebral cortex.  By those changes, elemental neurological processes slow down.  That slowing is expressed in two forms.  First, it takes just a little longer for the brain to process a moment of incoming information, then reset, to record the NEXT incoming moment.  Second, it takes just a little longer for the brain to recognize what it has just seen or felt or heard.  In parallel with a drop in ‘speed of processing’, the accuracy of representation of the details of what you see or hear or feel is also degraded.  Effects are cumulative, growing continuously day by day if higher levels of ‘chatter’ are sustained in cortical circuits.

There is nothing potentially more destructive to hitting or fielding or throwing a baseball to a specific target than a slowing of neurological processes or a degradation of the accuracy of resolution of incoming informational details for fast vision and action control.  Baseball is all about accuracy at high speed.  Even a very small degree of slowing could have very destructive consequences.  Moreover, once the machinery of the brain has slowed down, recovery back to asymptotic highest-speed operations shall be hard to achieve.  You’d probably have to work at training at BrainHQ for several weeks (for example) to get all the way back to peak-performance ability!

I personally pray that these progressive negative changes have not occurred in my beloved San Francisco Giants baseball players.

On the other hand, it could be argued that the net effect of stimulation with a Halo Sports stimulator is most likely zilch.  Any direct documentation of the ‘priming’ impacts of this stimulation in humans is lacking.  The neurological impacts of these devices are actually based on studies of the ‘priming’ impacts of direct electrical exposure of slices of living brain tissue sitting in a dish, and not to closely controlled studies in which stimulation is applied over the hair and skin and bone and dura mater over-covering the human brain.  My scientific colleagues who are expert on these matters tell me that it is very likely that not much electrical current actually gets through to the brain.  “But how about the differences in the 9 trained minor leaguers?” (or the apparent differences in other trials arguing for positive impacts of such stimulation) I can hear you asking.  Those differences may be real.  But they may also be due to placebo effects attributable to this form of stimulation.  The rules that apply for a true ‘randomized controlled trial’ were not followed in the Giants’ small preliminary study; any results from IT are subject to misinterpretation.  And alas, no one has shown me how an improvement in running speed translates to an improvement in hitting or throwing a baseball.

Brain stimulators are a hot item, in rehabilitation and in sports training.  I DO believe that if they work the way they are argued to work, they WOULD amplify brain plasticity.  We have conducted a long series of studies that have shown that you increase plasticity by degrading predictable, reliable responding in ways that degrades well-learned actions in a brain.  The weaker the predicted and expected assigned local functions, the easier it is to change what those neurons respond to.  HOWEVER, this is a case of gaining plasticity power by losing hard plasticity-won abilities!  Wouldn’t it be a sad thing if that is exactly what is happening to the players on my favorite baseball team?

Please, God, let it not be so.