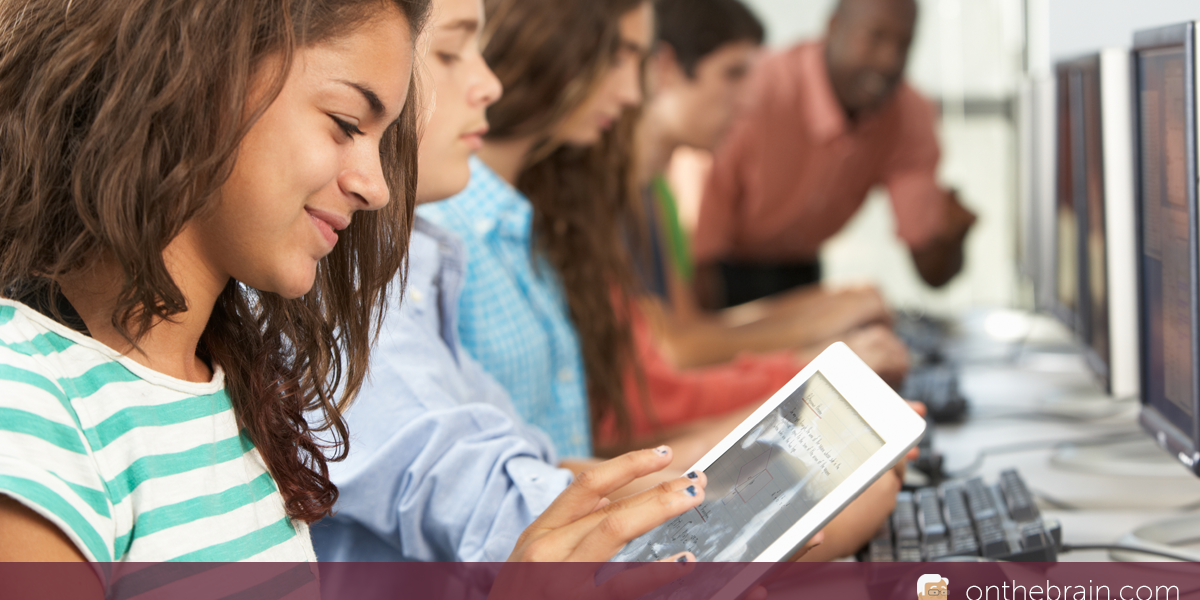 I attended a scientific meeting a few years ago in which Bill Jenkins, the program development team leader at Scientific Learning, described a radically improved version of one of their middle- and high school-targeted language learning programs (which they call “Literacy Advanced”). They have completely re-worked the game-play aspects of these exercises. Changes resulted in very significant improvements in training efficiency. Even though the content in the exercises has been increased by 29%, these more efficient and more engaging exercises are actually completed (high-schoolers’ speech reception and related cognitive abilities reach an asymptotic performance level) in 23% LESS time. Most importantly, in that shorter time, the average kid asymptotes at a 37% HIGHER performance level. In a phrase, MORE, BETTER, QUICKER!

One important aspect of these brain plasticity-based, computer-implemented training programs is the ease with which they can be iteratively improved, on the basis of massive amounts of internet-collected performance data. There is nothing like it, in the creation of better and better educational materials, in the history of educational tool development, up to this time in history. Catch the wave!