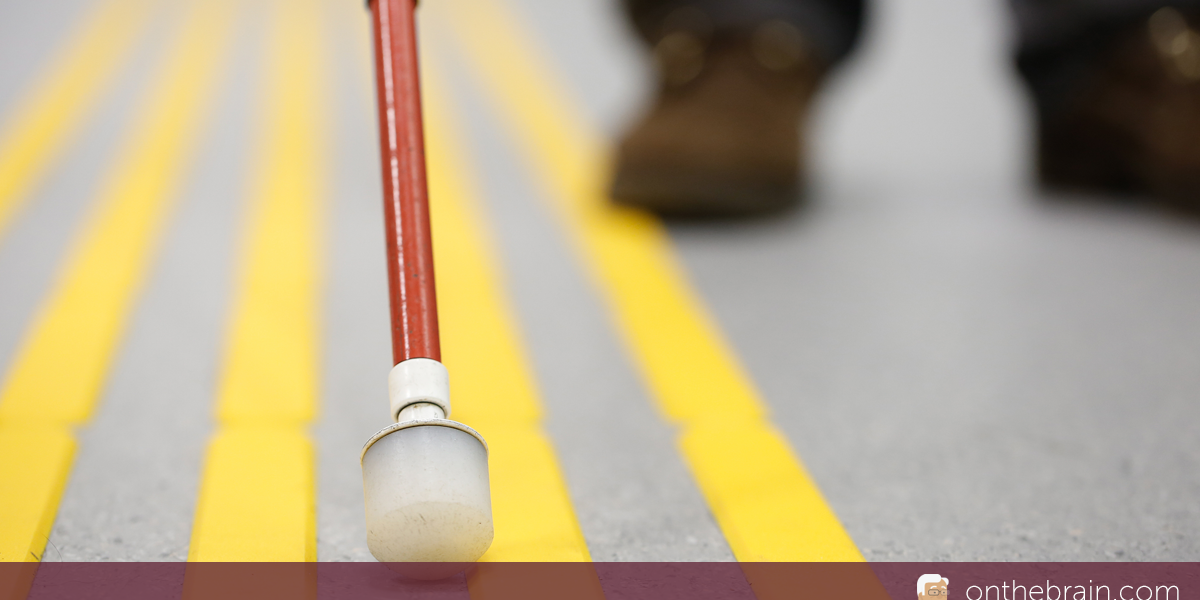 Dan has been making a lot of comments and asking a lot of questions, and I thought I’d take a crack at one of the latter. He specifically asks how a blind individual creates representations of the things of the world. What kind of internal ‘representation’ can the brain make, when it can never see them?

You know, intuitively, that if you hold an object and manipulate it in your hand — say a water glass — that you can create a mental construct of it. That construct includes the shape, size, surface texture etc. of the object. What if a blind person could draw that object? How do you think they would represent it?

It turns out that this question was asked by a Canadian psychologist, John Kennedy, beginning about 20 years ago. Kennedy had the bright idea of asking blind individuals to draw pictures of familiar objects and scenes using a drawing implement and ‘paper’ that produced raised lines on the surface or the drawing so that the lines in the drawing could be palpated. Given this medium, how would his subjects depict a water glass in a drawing?

Just as you would, Dan.

Kennedy got pretty sophisticated in these studies. He asked congenitally blind individuals to draw three-dimensional objects, from different perspectives. A face from the front or side, or a car from the front or side — or from above — would be examples. How do you think the blind individual would depict that third dimension? For the best blind artists (NOT an oxymoron!), just like you would, Dan! For example, if a blind individual is asked to draw a table from beneath it, looking up at it from the perspective of the floor, or looking down at it from above, they can actually reproduce the angles of the legs in perspective that correspond pretty much with what an artist or YOU would do, illustrating it visually, from this unusual perspective.

Ask a person blind from birth to draw a picture of a car moving FAST. What strategy would they use to depict speed? It turns out that they use the same kinds of tricks of drawing that you’d use, Dan. Maybe elevate the front of car a little. Maybe put little twists in the ‘spokes’ in the wheels to indicate that the wheels are spinning fast. Maybe putting little lines or little dust clouds behind the car to indicate that the air is moving fast past it, or is being disturbed by its passing.

Where does their ability to construct the things of the world come from? It’s a product of that second great neurological source of information that is continually informing us about the forms and sizes and surfaces of the palpable (not too good for reconstructing mountains, but damn good for reconstructing things that we can get our hands on, and move in, or around) things of the world — our haptics (somatosensory/ proprioceptive/ kinesthetic) system — also supported, in reconstructing their large-scale environments by their vestibular system.

Interestingly, scientists have shown that a person that is blind from birth uses their VISUAL cortex for much of these stimulus-form-representing operations. In sighted monkeys and humans, we know that haptic information converges with visual information in a visual cortical field, in object identification tasks involving these two good ways to get the answer (identify the object). In a congenitally blind individual this visual system engagement in object identification or reconstruction tasks is far more powerful and extensive. In striking constrast to a normally sighted person, the visual cortex is now absolutely essential for the blind individual’s haptic recognition of forms or object. If scientists magnetically stimulate even the primary visual cortex (“V1”) in a blind individual in a way that shuts it down, that congenitally blind person loses the ability to ‘see’ the world through her/his hand and body. And by reconstructing it the slow way — by reconstructing the elephant from all its parts by exploring its surfaces and contours — see it, they do!!